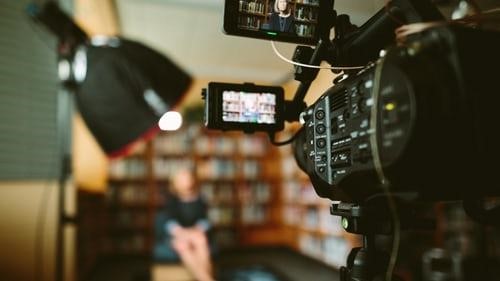 It’s easy right? Go to a solicitor, record your wishes in the proper fashion, get the witnesses to sign and you’re done.

But each of those steps involve fairly close contact with people. Especially the witnessing part.

Before lockdown the law stated that the will must be signed in the presence of at least two witnesses.

However, for people who are shielding or isolating this can be a problem. And there’s been a spike in will requests this year.

Virtual Signings and Witnessing Via Video

Now, while it still needs a minimum of two witnesses, this can be done virtually.

The government has said that “wills witnessed in such a way will be deemed legal, as long as the quality of the sound and video is sufficient to see and hear what is happening at the time.”

So that means any witnessing made virtually via platforms such as Zoom or Facetime will be valid as long as the recording meets the quality criteria above. Currently the measures  are in place until 31st January 2022, however who knows what long term effects the pandemic will have on how we conduct our daily lives from now on.

Wills still need to be signed by at least two people who are not beneficiaries, and electronic signatures are not acceptable.

So what happens if you are asked to witness the signing of a will?

The Duties of a Person Witnessing a Will

Witnesses are important as a safeguard in the will-making process. By signing the witness is personally confirming that the person who wrote the will is the one signing it.

It also confirms that the signature is genuine and not forged. Also that the person making the will hasn’t been forced into it and is of mental capacity to be making the decisions set out in the will.

It’s for these reasons that a person who stands to inherit from the will cannot be a witness. Neither can a spouse or civil partner of the person making the will or a beneficiary.

While a witness has no ongoing legal responsibilities, they may be called to court at a later date if the validity of the will was ever questioned. For example only having a will witnessed by one person would invalidate the will.

The Challenges of Virtual Witnessing

The virtual witnessing of wills does create a greater opportunity for legal challenges around the validity of making wills.

Another issue is one of privacy and confidentiality as wills must be sent to witnesses to confirm what they are witnessing. You may find it’s practical for the solicitor to be a witness and for that solicitor to pick another witness, if these are being done by video.

If the internet connection is lost or the screen freezes it could cause a reason for challenging the validity of a will later on.

So it’s suggested that if you are doing a virtual signing as a witness to a will, you show the document directly to the camera to clearly show the signature.

And if you are a witness, you need to look out for the same concerns (fraud, coercion, lack of mental capacity) as if you were witnessing the will-signing in person.

There’s no case law on this issue yet – that is real life cases that have been challenged and a precedent set in court – so it’s not yet known exactly what might happen.

The law tends to view presence as either physically being there or having a clear line of sight. So it’s worth remembering this when witnessing or signing any legal documents in a virtual environment if you don’t want it to be challenged at a later date.

Or more importantly you want to make sure that your solicitor is ensuring this kind of practise happens to prevent there being any problems later on.

Before signing or when you are seeking advice be sure to use qualified experts, such as these solicitors in chelmsford. Always check where the recordings will be held, what security is in place and how it will be accessed.

In the case of a will you will want to know who has any passwords and how the material will be accessed upon the death of the testator.