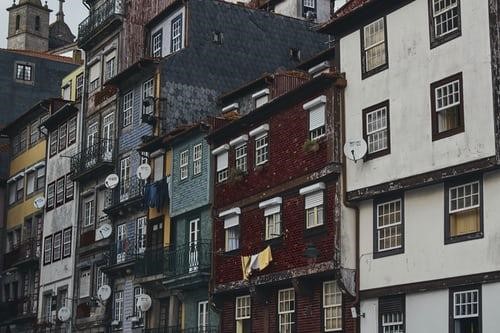 Depending on your thought process it may or may not have been a surprise to learn that lawyers dealt with a surge of divorce proceedings during lockdown. It seems that families being locked up together for 24 hours a day took its toll on many marriages. If you understand what makes people tick to any extent you probably could have predicted this.

Perhaps not so surprisingly solicitors across the country also saw an increase in the numbers of people needing advice on redundancy – both employee and employer.

But another area that saw surges in complaints was noise disputes between neighbours. With entire families at home, it’s understandable that neighbours will start to feel the effects of being in such close proximity with people they may not see or hear from for days or weeks at a time.

One person dealing with difficult neighbours told the BBC that his neighbours’ relationship was particularly volatile and that it was hard enough to adjust to working from home anyway. At times his clients could hear the arguments coming from next door during video calls.

I have a problem with noise from my neighbours. What can I do?

It’s highly stressful if you’re in a dispute with your neighbour. When it first occurs you should try to speak with them and explain the problems, as they may not be aware there is an issue. It’s important to keep this amicable and calm.

If this is unsuccessful, where the occupiers are tenants, you can speak with the landlord and potentially seek legal advice through that route. A solicitor can help by writing to the neighbour and later down the line with injunctions if it’s decided that is the only option. You could also speak with the environmental health department at the local council, who can take action in certain cases.

Neighbour disputes can escalate and you may need legal advice early on. However, if you feel you are in an immediately dangerous situation you should contact the police. Many lawyers, such as these solicitors in Chelmsford, have trained mediators to help deal with neighbour dispute issues. They also have specialist lawyers in environmental health and other matters related to dealing with nuisance neighbours and noise pollution.

Nuisance is a Tort, which is (for simplicity’s sake) a civil law where questions are asked around whether a person has suffered loss or damage and how the person who caused the loss can compensate.

Just hearing a neighbour doesn’t mean the noise is considered, in the legal sense, excessive. It’s more likely that the isolation caused by the Covid-19 lockdown measure have cause people to become more irritable and less tolerant than normal. And of course more people will be ticking off those ‘meant-to-do’ jobs. But just being forced to be more aware of your neighbour’s living habits on a daily basis doesn’t make those habits a nuisance.

What are the Boundaries?

Noise is one issue but another common one is boundaries and that overhanging hedge that really didn’t bother you until you had to see it for eight hours a day, every day for months on end.

A boundary dispute occurs usually over just a few feet of land. Boundaries can often be unclear and where both parties feel they are in the right these disagreements can very quickly escalate.

The Land Registry does not define legal boundaries and only gives a general position of the boundary on a property. It may be necessary to get professional advice if you and your neighbour can’t agree on a boundary.

Can I remove branches overhanging my property from a neighbour’s tree?

You can remove any overhanging branches from a neighbouring tree, however it is advisable to speak to the neighbour first. The neighbour might be willing to carry out the work for you and can advise if the tree is under a preservation order or any other information that may be important before you begin removing branches. You should cut back no further than the boundary line and should return any branches to the neighbour or seek their permission before disposing of them.

You should feel relaxed at home and while a neighbour’s noise can be disruptive, an ongoing dispute might end up being worse than the initial issues.

A boundary dispute or a disagreement with a neighbour is an area of the law that can be complex. A calm approach is the best way forward because the impact of a neighbour dispute can be huge and cause lasting damage to the relationship.